How common are neck lumps and are they serious?

Neck lumps are extremely common and in the vast majority of cases are benign. They can be found anywhere on the next and may be soft or hard, asymptomatic or painful and tender to the touch.

Neck lumps have many possible causes, so a diagnosis will be made on both the features of the neck lump itself and any associated symptoms. 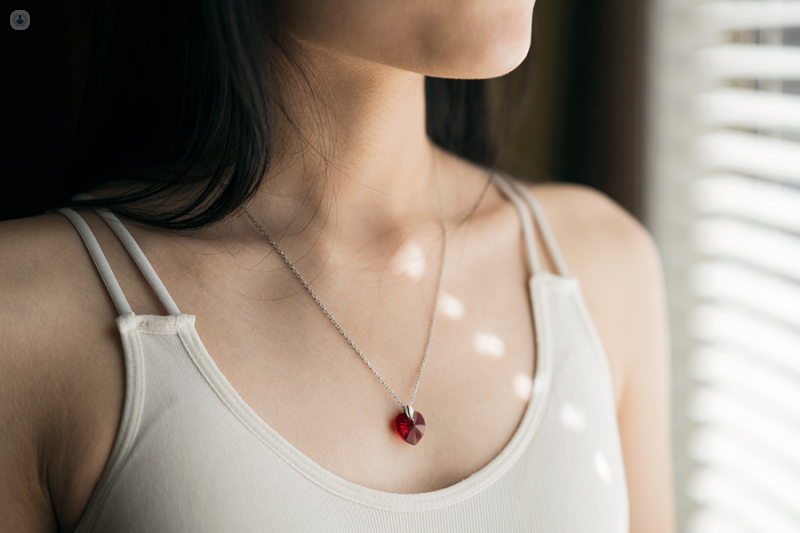 What symptoms can be associated with neck lumps?

Neck lumps can often appear on their own with no symptoms.

Most commonly, neck lumps are the result of a swollen lymph node. Lymph nodes are found all over your neck and are part of your immune system. They often swell when you are fighting off a disease or infection, so in most cases a neck lump will occur at the same as other symptoms of the illness you have, and disappear again once you have recovered. You won’t generally need to see a doctor to treat the lump.

However, you should seek medical help as soon as you can if you notice the following symptoms:

How does a doctor diagnose a neck lump?

You doctor will start by asking how long you have had the neck lump for and how quickly it appeared. They will ask specifically about the symptoms listed above.

Next the doctor will examine your neck to check its size, how soft or hard it is, and whether any other lumps can be detected. Depending on what the doctor suspects is causing your condition, they might examine your ears, lungs, or throat.

You might then be referred for tests, such as blood tests or imaging to see the tissues in your neck.

What can cause a neck lump?

As already mentioned, the main cause of neck lumps is a swelling in a lymph node in response to illness, from the common cold and ear infections to chickenpox, herpes, and HIV.

Other causes of neck lumps include:

Treatment of neck lumps depends on the cause. For example, thyroid problems can often be tackled with hormone treatment, whereas skin tumours or lipomas are likely to require surgery. You will be referred to the appropriate specialist as part of the diagnostic process.

This website uses cookies to improve your experience while you navigate through the website. Out of these cookies, the cookies that are categorized as necessary are stored on your browser as they are essential for the working of basic functionalities of the website. We also use third-party cookies that help us analyze and understand how you use this website. These cookies will be stored in your browser only with your consent. You also have the option to opt-out of these cookies. But opting out of some of these cookies may have an effect on your browsing experience.
Necessary Always Enabled
Necessary cookies are absolutely essential for the website to function properly. This category only includes cookies that ensures basic functionalities and security features of the website. These cookies do not store any personal information.
Non-necessary
Any cookies that may not be particularly necessary for the website to function and is used specifically to collect user personal data via analytics, ads, other embedded contents are termed as non-necessary cookies. It is mandatory to procure user consent prior to running these cookies on your website.
SAVE & ACCEPT